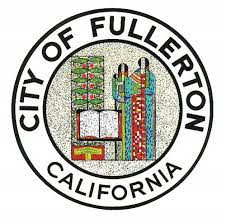 WHERE DOES FULLERTON CITY WATER COME FROM?

Your drinking water is a blend of mostly groundwater from the Orange County groundwater basin and also surface water imported by the Metropolitan Water District of Southern California (MWD). Approximately 75 percent of the City’s water supply is provided by 10 groundwater wells. Your groundwater comes from a natural underground reservoir that stretches from the Prado Dam and fans across the northwestern portion of Orange County, excluding the communities of Brea and La Habra, and stretching as far south as the El Toro ‘Y’. The City also has 6 imported water connections that help supplement the City’s water demands. MWD’s imported water source primarily originates from the Colorado River and the State Water Project from northern California.

ARE THERE CONTAMINANTS IN FULLERTON CITY WATER?

SHOULD I DRINK AND BATHE WITH FULLERTON CITY WATER STRAIGHT FROM MY FAUCET?

The USEPA and the federal Centers for Disease Control guidelines on appropriate means to lessen the risk of infection by Cryptosporidium and other microbial contaminants are available from USEPA’s Safe Drinking Water Hotline at (800) 426-4791 between 10 a.m. and 4 p.m. Eastern Time (7 a.m. to 1 p.m. in California)- source: 2017 Fullerton consumer confidence report.

In early 1887 the California Central Railroad, a subsidiary of Santa Fe, was looking for land and sent George H. Fullerton, president of the Pacific Land and Improvement Co., also a Santa Fe subsidiary, to purchase land for railroad right-of-way.  George and Edward Amerige learned that a likely site for a town was located north of Anaheim

With George Fullerton’s assurance that the area north of Anaheim would be included, the Ameriges purchased the 430 acres. On July 5, 1887, Edward Amerige drove a stake into a mustard field at what is now the corner of Harbor Boulevard and Commonwealth Avenue, and the townsite of Fullerton was born. The appreciative community voted to name the town in honor of its benefactor, George Fullerton.