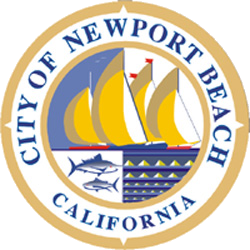 WHERE DOES NEWPORT BEACH CITY WATER COME FROM?

Orange County’s water supplies are a blend of groundwater managed by OCWD and water imported from Northern California and the Colorado River by the Municipal Water District of Orange County (MWDOC) via the MWDSC. Groundwater comes from a natural underground aquifer that is replenished with water from the Santa Ana River, local rainfall and imported water. The groundwater basin is 350 square miles and lies beneath north and central Orange County from Irvine to the Los Angeles County border and from Yorba Linda to the Pacific Ocean. More than 20 cities and retail water districts draw from the basin to provide water to homes and businesses.

ARE THERE CONTAMINANTS IN NEWPORT BEACH CITY WATER?

Microbial contaminants, such as viruses and bacteria, which may come from sewage treatment plants, septic systems, agricultural livestock operations, and wildlife.

SHOULD I DRINK AND BATHE WITH WESTMINSTER CITY WATER STRAIGHT FROM MY FAUCET?

The USEPA and the federal Centers for Disease Control guidelines on appropriate means to lessen the risk of infection by Cryptosporidium and other microbial contaminants are available from USEPA’s Safe Drinking Water.

HISTORY OF THE CITY OF NEWPORT BEACH

Dunnell’s’ trip cast new light on the bay, which many had said was too treacherous for travel. But the principal landowners in the area – the McFadden brothers and James Irvine – thought they had something after Dunnells’ trip. A “new port,” they mused, and the name stuck, according to the Newport Beach Historical Society.

More than 100 years later, Newport Beach’s harbor is crowded with pleasure, fishing and tour boats, and its streets are busy with shoppers browsing at Fashion Island mall, tourists enjoying Balboa bars on Balboa Island and surfers tackling The Wedge or other hot spots along the city’s 6.2 miles of beaches.

Newport wasn’t always such a desirable place. In the mid-1800s, the state of California sold parts of Harbor, Balboa, and Lido islands for $1 an acre as “swamp and overflow land,” according to the Newport Beach Historical Society.

The McFaddens saw something else. In 1888, they decided their shipping business would be more successful if they moved it from the inner shores of the bay to the oceanfront, where they could build a wharf. McFadden Wharf soon became the largest business in newly created Orange County, according to the historical society.

In August 1906, residents in the booming bay town voted to incorporate. The vote was 42-12 to become the city of Newport Beach. Back then, bayfront houses sold for as little as $500. Today, the median price of homes in Newport Beach is approximately $545,000.

Residents identify closely with their “villages” – including Corona del Mar, West Newport and the Harbor, Lido and Balboa islands – rather than Newport Beach itself. Homes are separated from busy commercial areas such as Lido Village, Mariner’s Mile and Newport Center.

One hundred years after the McFaddens built what is now Newport Pier, the city still revels in its ocean roots. Back then, only a few dozen summer cottages could be rented, and a few dozen people called Newport home.