Aqualistic’s AQUACLEAR whole house water filtration systems in Orange County, CA, utilize the highest quality natural catalytic carbon media along with our exclusive proprietary blend so you can enjoy the benefits of clean, refreshing odor-free water to every fixture, appliance, faucet, shower, and bathtub in your home!

Most southern California residents today receive water from sources that have traveled over 225 miles to get to our home. While California water treatment facilities do a great job in treating the water for human use and consumption, they cannot remove all contaminants from our water.

How can a whole house water filter help?

Our water filters use a proprietary media blend that greatly reduces or eliminates VOC’s (volatile organic compounds), PSAF’s, removes chlorine and chloramines that are hazardous to our health.

You will have cleaner, tastier water allowing for the great taste of the food to shine through.

Aqualistic whole house water filters remove chemicals that cause skin rashes and irritations, allowing you to use less lotion. The removal of chemicals will also help to preserve your fixtures and doors.

With filtered water, your clothes will be brighter and you can use less soap.

Clean, filtered water helps to protect appliances from scale build up and corrosion.

What is the best whole house water filtration system?

The best system will be custom designed for your needs and application, not an “off the shelf” system like the big box stores offer. Consumers should have the water tested and review the water report from their city as well as any medical conditions or issues.

How much are whole house water filtration systems?

Costs can vary, most reliable water filtration providers will build systems to work within your budget or design a system that can be built upon in the future. Systems start as low as $999. We also have low interest payment plans and same as cash offers.

What should I look for in a whole house water filter?

To remove these and other contaminants the Water Quality management Districts use chlorine and as of late have added ammonia to the chlorine called: Chloramines. While doing a good job of killing contaminates, it is not good for our bodies and plumbing systems. Studies
have linked Chlorine to causing cancer and Chloramines to causing Pin Hole Leaks in Copper Pipe.

The aquaclear whole house water filtration system by Aqualistic removes these and a host of other nasty things from your water.

Aqualistic Has the Best Water Filtration System for Your Family

 *When you contact Aqualistic Water Products we will send our water specialist to your home to consult about your water concerns, evaluate your current plumbing system.
 *Because each and every Aqualistic water system is assembled in Southern California we will custom design a system just for your home and more importantly your family’s health.
 *WATER FLOW RATES, WHAT? Don’t worry every Aqualistic Water System is installed by licensed plumbing contractors ensuring a quality installation and proper sizing to maintain flow rates and water pressure.

Aqualistic water systems use very little electricity to run a small motor and maintain data in the control center. Our Green Systems have small solar cells for power. No electrical outlets needed!

Carbon is used in a variety of filtering applications due to the high adsorption ability. Adsorption (as opposed to absorption) is the adhesion in a thin layer of molecules to the surfaces of solid bodies in which they are in contact. Simply put the surface area of carbon particles attract and holds chemical molecules to the carbon’s surface. The surface area of carbon is massive as molecules go. A single pound of granular activated carbon has a filtering surface equivalent to 125 acres!

All carbon filters are not created equal. Some perform much better than others, and some are designed for selected special purposes. Performance depends upon the amount and the type of carbon, the way the filter is designed, and the residence time of the water.

GAC (granular activated carbon) is usually of the consistency of coffee grounds, so it is subject to “channeling”and “fluidizing”. You may remember ant farms as a kid:

Powered head units destroy the channels formed as the water passes and “fluffs” the media, kind of like shaking a snow globe. 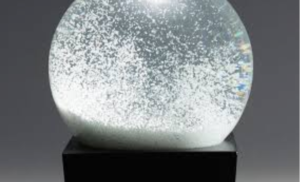 This fluffing or regeneration of the media forces the water to pass through rather than around the carbon media.

Most filter carbon is manufactured from coal, but other substances like wood and nutshells are also used. Coconut shell carbon is becoming popular not only because it is made from a renewable resource but also because it produces very good tasting water and is particularly good at trihalomethane removal.

CHLORAMINES are very important to Southern California residents because most of our water companies now include them in their treatment process.

Chloramines are a group of chemical compounds that contain chlorine and ammonia. The
particular type of chloramine used in drinking water disinfection is called monochloramine. Monochloramine is mixed into water in levels that kill germs but are still safe to drink.

Once the chloramines do their job and kill the undesirables in our water, WE DON’T NEED THEM ANYMORE, In fact, they can pose health risks to some people. Fish cannot survive in water with chloramine. 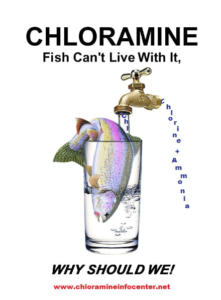 It is especially concerning when we shower and the water becomes aspirated and we are breathing it into our lungs then directly into our bloodstream. Think about the long term effects! 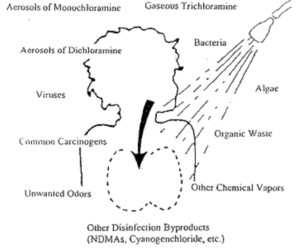 People often wonder why they have developed skin irritations and more importantly spend thousands on doctors, cremes, salves, and ointments but cannot get them to go away. Why take the chance when an Aquaclear filter will remove the chloramines from your water! 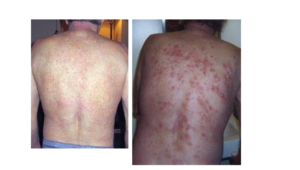 COPPER PIPE PINHOLE LEAKS, COULD CHLORAMINES BE THE CAUSE?

Over 16 years ago Water and Waste digest posted and article (March 2005) that states:
“Your water might be safer, but your home is at risk of potential water damage caused by the possible failure of state-mandated copper piping, warns the California Professional Association of Specialty Contractors (CalPASC).

Research presented at CalPASC’s recent Drinking Water Symposium points to copper pipe failure caused by the use of chloramines in California’s water systems. Following federal guidelines from the Environment Protection Agency (EPA), the Metropolitan Water District, which supplies over 60% of the drinking water to cities in California, has switched to the use of chloramines to keep drinking water bacteria-free.

Chloramines are compounds containing a mixture of chlorine and ammonia that extend the disinfecting power of chlorine in drinking water.

However, this chloramine treatment also may cause pinhole leaks in the copper tubing carrying the water. This same tubing is what California law stipulates plumbers must use as industrial and residential water pipes.

To date, there are over 5,000 pin-hole leaks reported in copper after switching to chloramines.”

Since that time leaks have not only escalated but are more widespread. Unfortunately, homeowners are stuck with the damages caused. Here is a snippet from The Orange County Register dated August 2nd, 2015 by Kelly Puente:

“Pinhole leaks in copper pipes have plagued thousands of South County homes in recent years, and now a judge’s ruling may force many homeowners to pay the bills.

The ruling put an end to a four-year battle pitting homeowners and a developer against three water districts. But attorneys said more lawsuits over pinhole leaks could be on the horizon as some homeowners are now suing developers.

Attorney Scott Russo, who is representing two homeowners associations in the water district case, said the decision will leave many unhappy homeowners with no one to hold accountable for an “epidemic” of pinhole leaks in Orange County”.

WHY TAKE THE RISKS?

Simply call us today for a free, no-obligation in-home evaluation of your water condition and plumbing system! 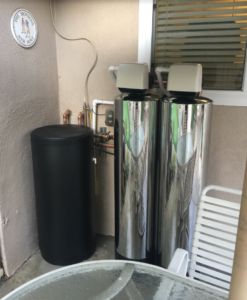 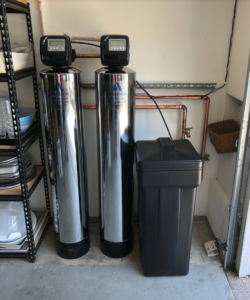 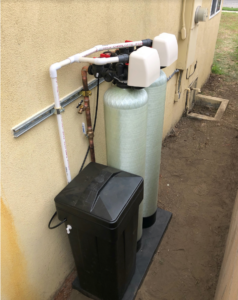 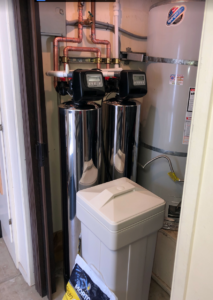 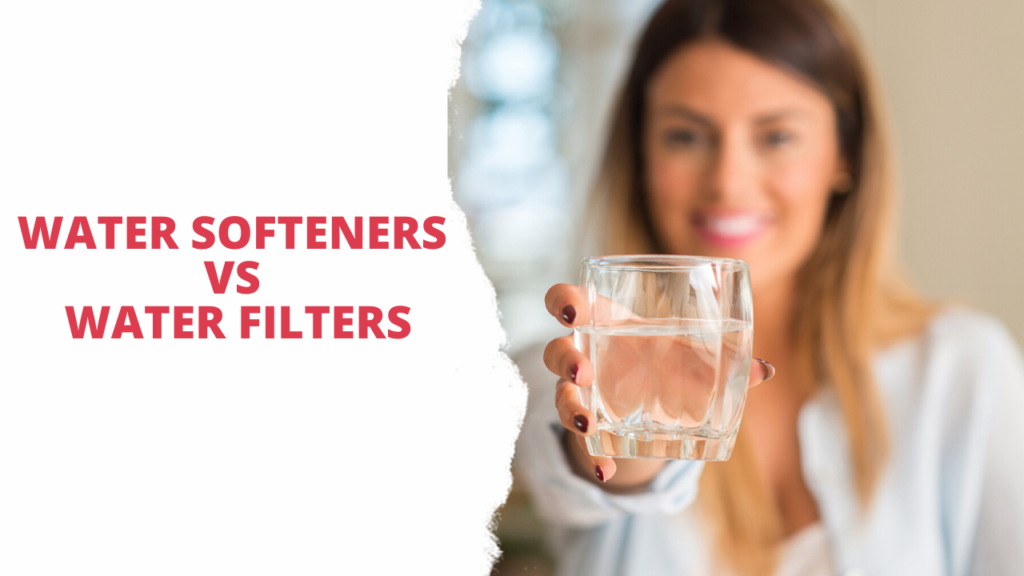 Do I Need a Water Softener and a Water Filter? 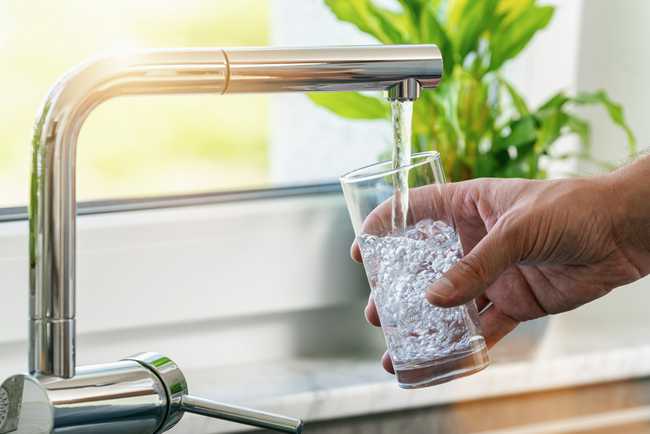 How Does a Whole House Water Filter Work? 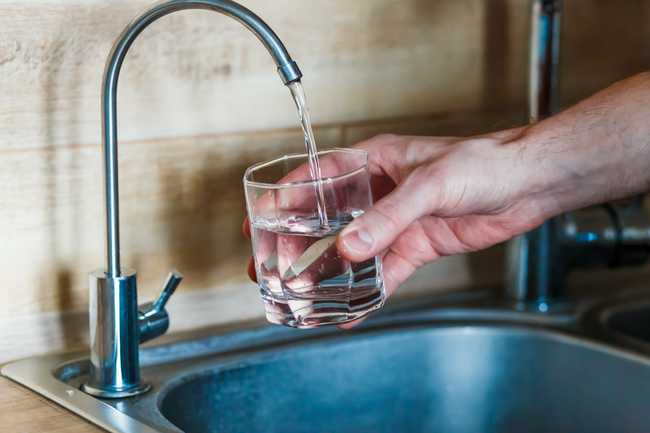 Do I Need A Whole House Water Filter? 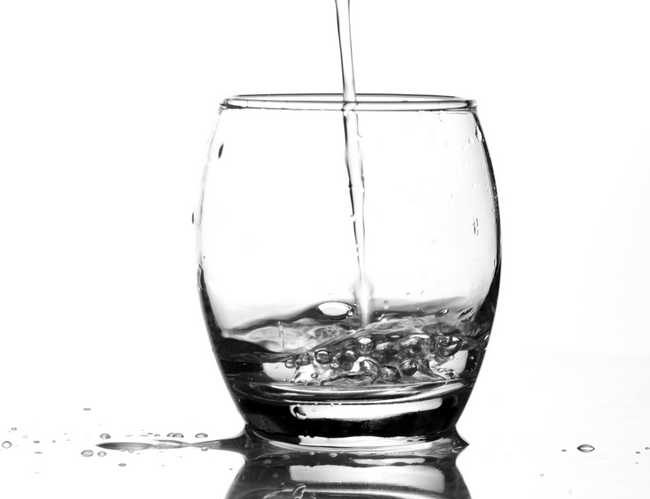 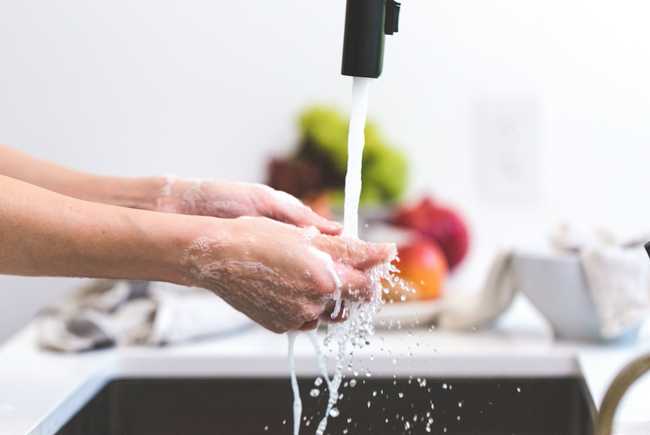